C & C++ are very powerful languages when it comes to performance & flexibility. But there are some features that are complex and take time to master. One of such features is pointers. Pointers is what separates C/C++ from other languages. These are incredibly powerful as they allow programs to access memory directly and manipulate it.

This course focuses on pointers and their applications.It leans more towards implementation in C++, rather C. You'll learn the basics of pointers and then move on to understanding and implementing arrays, pointers to arrays & heap based arrays. You'll also learn advanced memory management by creating a custom dynamic array (just like std::vector<T> in standard C++ library). You'll use placement new & delete to directly place objects in a memory pool allocated through operator new function. As you'll see later in the course, this is a powerful mechanism to optimize usage of heap memory with user-defined objects.

After arrays, you'll learn how to use pointers to create node-based data structures. We'll focus on two types of linked lists - singly & doubly linked lists. You'll understand the difference between arrays and lists and also learn how to access the elements of both the data structures without having to know their internal structure. This is possible by creating context variables that allows access in a container-agnostic manner.

Pointers are invaluable while working with strings. You'll learn how to create dynamic strings using pointers. This will be shown with an implementation of a string class.

That's not all. You'll also learn how to create pointer to members (which have even a more complex syntax than function pointers).

This course also introduces some commonly used containers of the C++ standard template library (STL), such as std::array, std::vector & std::list. By the time you hit these topics, you'll already know how these are implemented internally. How about that!

This course relies on some modern C++ (C++11) features to simplify things, such as auto, std::initializer_lists, type aliases. Even if you don't know about these features, the course has videos on these topics to get you started. Additionally, there are four full length videos dedicated to discussion on move semantics.

I hope you enjoy this course! 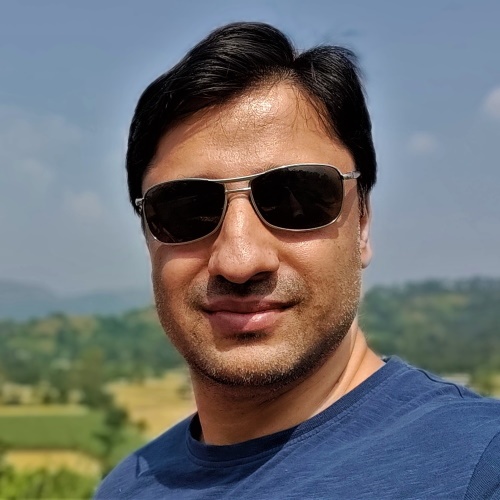 Civil engineer who found his calling in software development. Never worked as a Civil engineer, jumped at the first chance and started teaching C++, Visual C++ & COM 18 years ago. Currently, trains software professionals in various IT companies in India in different technologies, such as C++, Advanced C++, STL, Design Patterns, Android, Unity, Linux, etc. Very passionate about teaching and has trained more than 25,000 software professionals in a teaching career spanning more than 18 years. An avid gamer, currently trying his hand with game development in Unity & Unreal. Has a few Android applications to his credit, including one on Design Patterns. Only thing he likes more than C++ is Modern C++.
View more courses